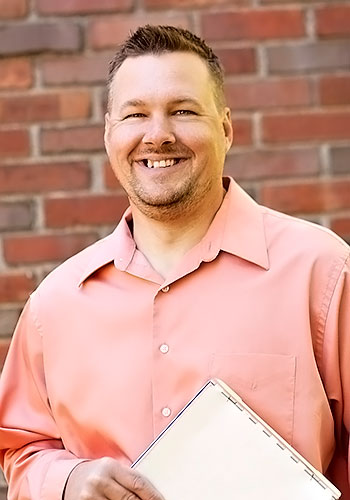 Jason Harris knew for a very long time that he wanted to own and operate his own remodeling company. He went to trade school to learn everything he could about remodeling and to get as much experience as he could before entering the work force after graduation. He spent the next twelve years learning everything he could in many different roles from a carpenter to project foreman and everything in between. He learned about handicap remodeling and ADA Guidelines and construction during the years he spent as a project foreman for a large commercial contractor. After gaining several years of experience in that position, Jason's enthusiasm to start his own business had skyrocketed - he wanted to put everything to use that he had learned and apply it to the residential market.

Jason decided in 2002, it was time to take the leap of faith that he so believed in and started his own business. Baystate Hardware & Accessories was created as a Sole Proprietor. Jason started this business with the vision of wanting to help the largest growing population in the United States-baby boomers. In addition, he wanted to be able to help people of all ages in need of having their homes made accessible due to injury, disability, illness or other limitations. He also wanted to sell specialty products, as well as install them. He felt that customers could really benefit from being able to not only purchase their much needed safety and accessibility products but to have them installed by a licensed contractor who would stand behind the product being sold and the installation of the product itself.

Through the first few years of running his own business, Jason found it was very rewarding for him to see his customers get so excited just to have a grab bar installed in their bathroom area so they could feel safer. Or to have a roll in shower replace their hard to use tubs. After seeing these reactions from customers time and time again and sensing his own satisfaction for providing these services he decided to further his training in this area. In 2009, Jason became a Certified Aging in Place Specialist. He regularly takes continuing education courses to increase his knowledge and to fulfill his CEU requirements to maintain his CAPS status.

As the business successfully grew each year, it became apparent that Jason needed to hire employees to handle that growth. In 2007, Jason asked his wife, Cynthia Harris, to join him in running his business. Cindy was flattered but she already had a successful career of her own as a personal trainer. Although, Cindy knew in her own personal way just how much Jason's company could help people with safety and accessibility concerns. She actually had wished she knew of a company that specialized in home safety back when her Grandmother was alive. If she had found such a company, maybe her Grandmother would not have fallen for her third time in her home and broken her hip and lay helplessly on the floor for 36 hours until someone found her. Sadly, after hip surgery and rehabilitation, her Grandmother got an infection and succumbed to her injury. Maybe changes could have been made to prevent or minimize the risks of her Grandmother falling; there were even several "warnings" that her home wasn't safe but nobody knew of a company that did this work. So, unfortunately, nothing was ever done.

After thinking things through for a while, Cindy decided it would be a good decision to join Jason and become part of the business. Cindy felt she still would be "helping" people and that was the deciding factor. As long as she could still work with people by improving their lives, then she could stand giving up her own career for this one. She ended her personal training career and joined Jason in running what was now the family business. Cindy holds a degree in business administration so that was a definite asset to the company. She also had over six years of relevant experience in an office environment as a bookkeeper doing various tasks such as accounts payable, accounts receivable, payroll, etc. She could handle all of the office matters, such as payroll, marketing, accounting and public relations and Jason could work out in the field as a carpenter/supervisor of the new employees. Together they decided that it would be best to form a Corporation. Baystate Hardware & Accessories was incorporated in January 2007 and became a woman owned business.